Frankly, I had low expectations for our stay at San Francisco RV Resort heading in. I knew it was more of a crowded parking lot than a resort; however, I selected this park because it seemed to be the closest one to the city with good reviews. Once we arrived, it was clear those reviews were well earned.

After driving 2500 miles, we felt like we had reached the edge of the Earth. Literally, we were at the edge of the United States and had the views to prove it. I didn’t think to take any pictures on the sunny days we were in town (because we were so busy), so my apologies for the cloudy photos. It was still beautiful! 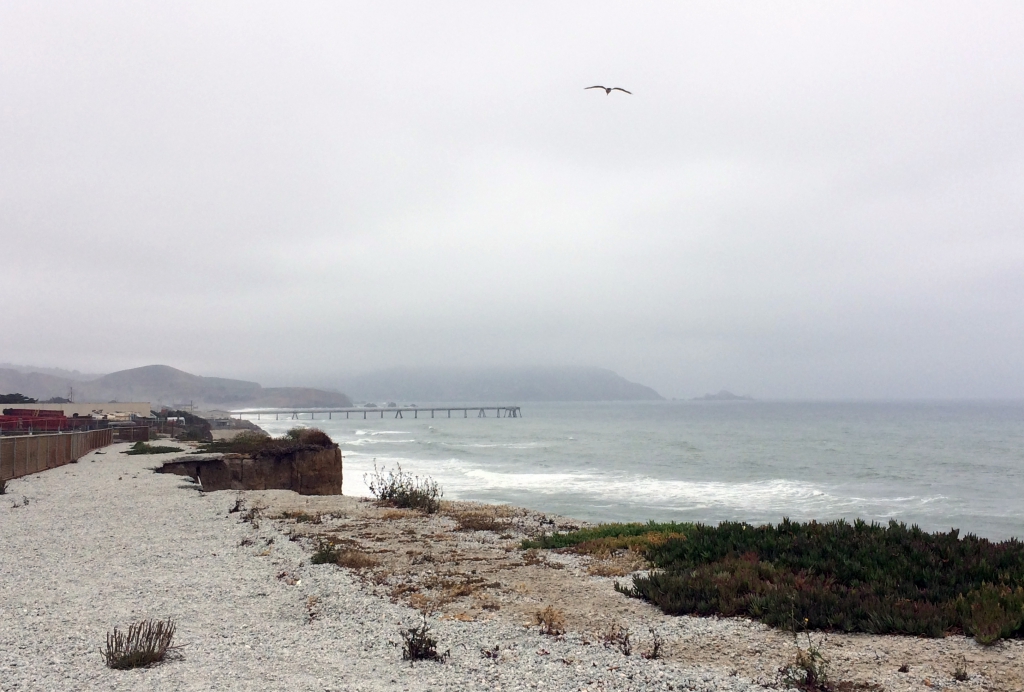 First, you must know that you are not staying at San Francisco RV Resort for anything that resembles camping. It truly is a parking lot. There is little to no vegetation between sites, and the sites are definitely packed in there. However, there was something that seemed roomy and tidy about the place. 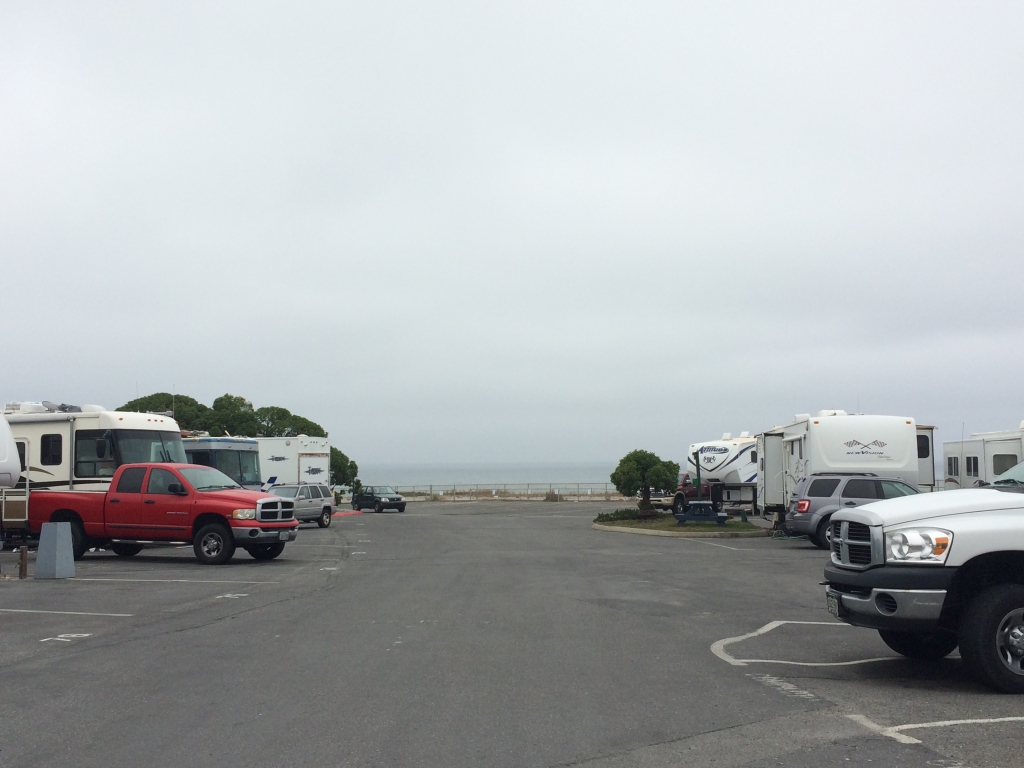 We were lucky enough to have an end site (which was true for almost every single RV park we stayed in for our trip—score!!). 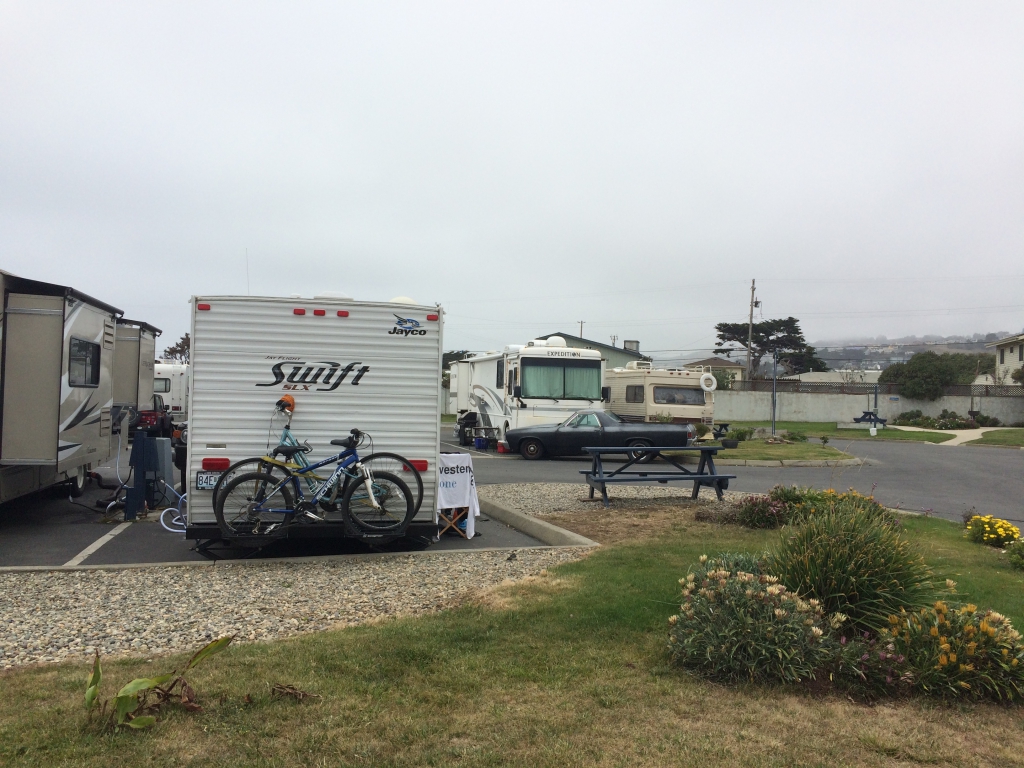 As I mentioned, this RV park sits directly above the ocean. Some sites even have a direct view; however, these sites have no hookups, making them much less popular. Though the park was otherwise full while we were there, these spots were mostly clear. Can you imagine parking here with a trailer with a huge back window? That would almost be worth giving up hookups. It is my understanding that there used to be a walking trail that led down to the beach; however, the cliff has been eroding, causing the park to erect fences and prohibit access. They have fenced in a path that is a nice place to take a walk and enjoy the ocean views. One camper even said she saw a whale during her morning walk. Though you can’t reach the beach from the park, there are accesses close by. We enjoyed spending some time at Sharp Beach Park. Though the San Francisco RV Resort bills itself as a resort, it doesn’t offer much above the basic amenities. However, the amenities that are offered are very tidy. The campstore is big, and the workers were very friendly. The showers are huge and clean, which made me very happy after my complaints about the showers in Sequoia and Yosemite. The laundry room looked nice.

Even though the weather wasn’t exactly the best for swimming, our boys insisted on going to the pool since we hadn’t had a pool in over a week. It was a cloudy, 55 degree day, and yet, they hopped in. You can tell by my older son’s face what he thought of the water temperature: 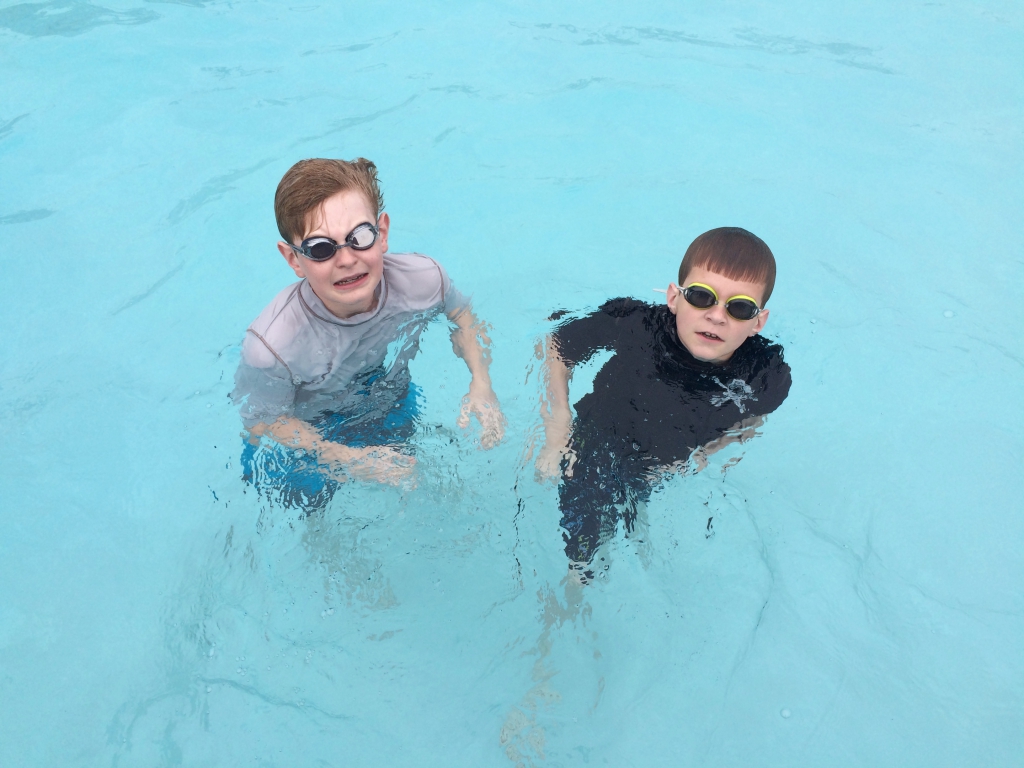 In addition to the pool, the RV park also had a hot tub, which definitely would have been more enjoyable with these temperatures. Even though it was awfully cold for swimming, our boys enjoyed the small, clean pool.

While at the SF RV Resort, we met a German family that had rented an RV and spent several weeks traveling around the United States. It was fun to hear their impressions of our states and to learn about their journey. I admired their courage, as they had brought their infant and toddler along for the big adventure. Since they were turning in their RV the next day, they offered us all of the items they were about to pitch, so we walked away with armfuls of stuff, in addition to the cultural knowledge we gained.

San Francisco RV Resort sits about 20 minutes outside of the city. We found the drive in to be super quick and easy. Other reviewers had noted that it is easy to catch public transportation into the city from here, so that’s also a plus. The park is technically located in a small beach town called Pacifica.

After spending the previous week in fairly remote campgrounds near Sequoia and Yosemite, our whole family was thrilled to be in a place that offered restaurants, grocery stores, and WiFi! Though we prefer campgrounds with pretty campsites, it is also nice to have those necessary modern conveniences.

San Francisco RV Resort is definitely pricier than most campgrounds. I think we paid $70 a night including taxes for our small spot; however, from what I hear, this is much cheaper than the cost of a hotel in San Francisco, so you really can’t complain. SF is an expensive town.

Thanks to Yelp, we discovered Camelot Fish and Chips, a great little restaurant just up the road from the RV park (it may even be walking distance). The food was simple yet delicious, and the atmosphere was very British (and quite fun). If you’re looking for dinner close to the RV park, we also recommend Ocean Fish Sushi & Grill. 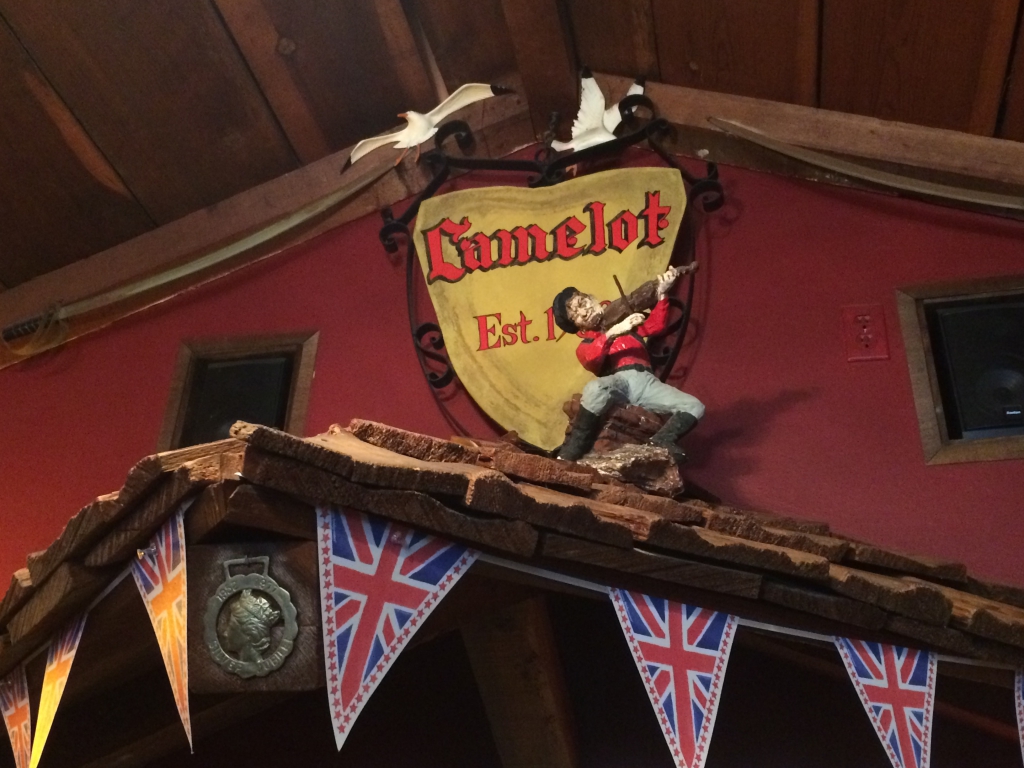 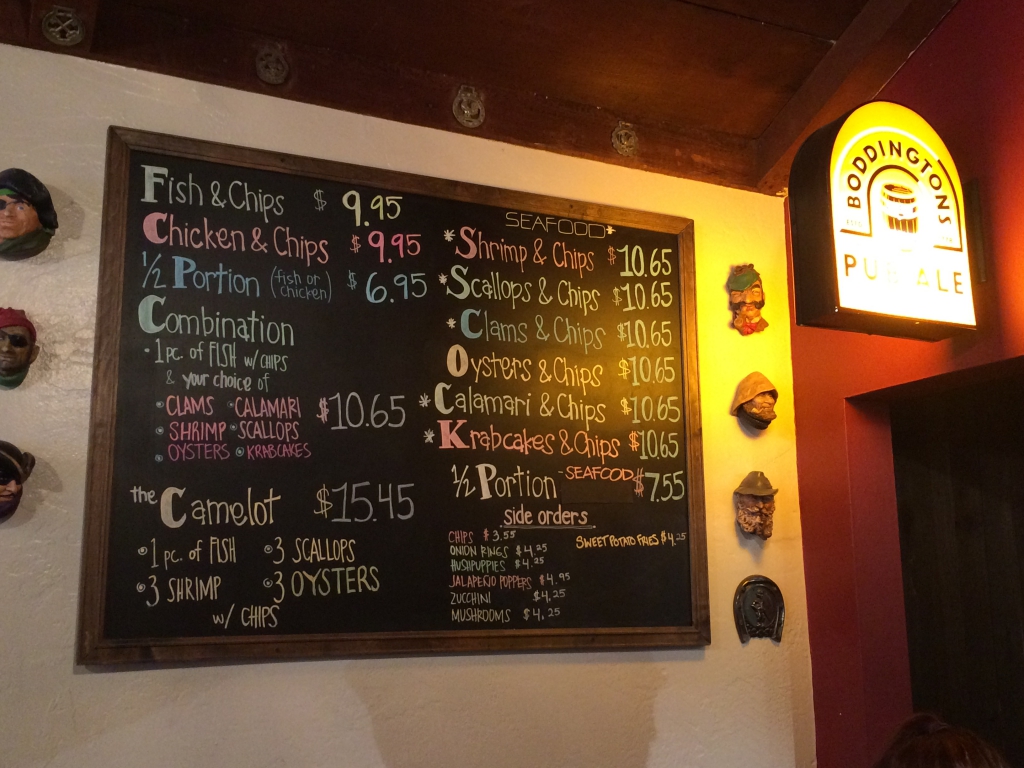 As mentioned earlier, the views are the true star of the show. On our last night in SF, we headed to the edge of the RV park to watch the spectacular sunset. You can here all about San Francisco RV Resort and our favorite spots in the big city by listening to this episode of Campground of the Week. Just press the play button below:

Click here to find out more about our Birdy Goes West trip.

Yes, those views could make up for a lot of other flaws! Was backing into the site tricky, though? It looks so tight! But then, we had a near disaster getting into our driveway after last weekend’s trip, so I may just be extra paranoid about such things at the moment 😉

We didn’t have a lot of trouble since our trailer is very short. They do have a lot of pull-through sites, and the roads are really wide. The pull-throughs are more expensive, but they are probably a LOT cheaper than a damaged trailer–ha!

I enjoyed reading this!

Thank you, Lisa! San Francisco was so neat!

That looked like a very nice trip and that was a great write up about the RV “Resort”. Since I spent a lot of my young adult years exploring Northern California (Being born and raised in Southern Cali) I knew the “City” pretty good… Kind of been there done that attitude. However I never knew there was an RV campground there. How was it pulling the trailer though the City?

Thanks! It was a nice basecamp for the city. We (my husband, I should say!) didn’t have trouble pulling the trailer through the city. Luckily, ours is only 20 foot, which helps. I think we avoided the worst of the traffic since we circled south of the city and went to Pacifica. Google Maps kept us on track!