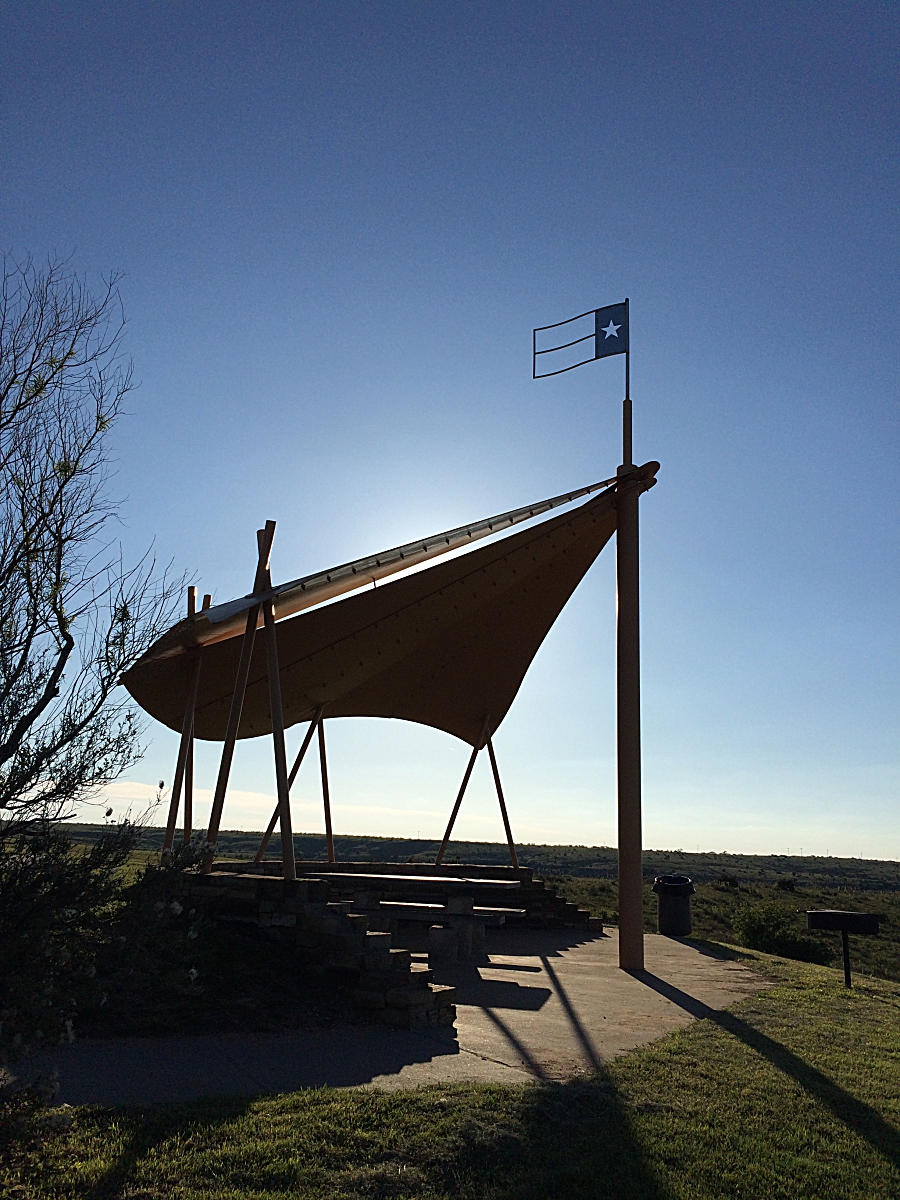 Texas: The Real Gateway to the West

Our goal for our first day of driving was to get all the way across Oklahoma (sorry, OK, I’m sure you’re a great state, but we live close enough to visit you again if there’s something we’d like to see). This meant we were committed to 8 hours of driving, plus time for the many stops we’d surely make. It ended up taking us 12 hours, partially due to a slow start.

This was the day that I knew might push the kids to their limits. Sam asked, “How much further?” about every 15 minutes. However, I must say, my kids did wonderfully and kept themselves entertained. There were a few squabbles in the back seat (and, admittedly, there were also a few squabbles in the front seats as we missed a turn or two in Tulsa and were bewildered by the turnpike tollbooths in OK).

We stopped for lunch at a really cute place: The Butcher BBQ Stand in Wellston, OK. While we enjoyed the BBQ, the highlight for me was the beans. This place adds apple pie filling to their beans, and they were delicious. 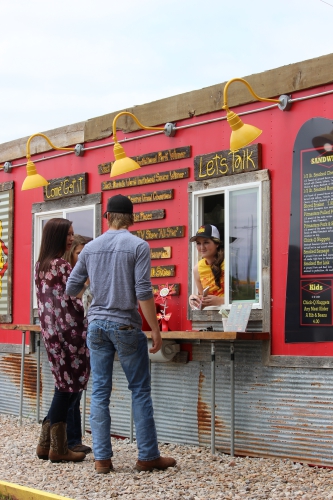 After making it all the way across the loooong state of Oklahoma, we finally crossed over into Texas. We stopped in Shamrock, TX, to see the U-Drop-Inn, a building that was used as a model for the design of Radiator Springs in Disney’s Cars movie. There was a time in our lives when that movie or its soundtrack was playing whenever the boys were awake. My older son became obsessed with Route 66. Sadly, he’s grown passed that stage, but we still have a family interest in that era. 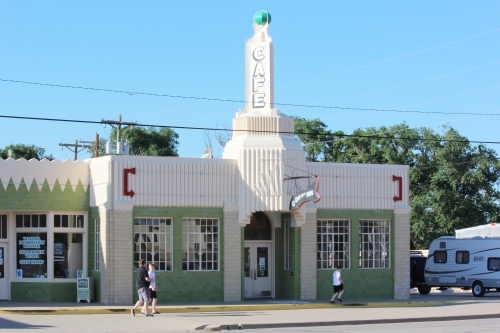 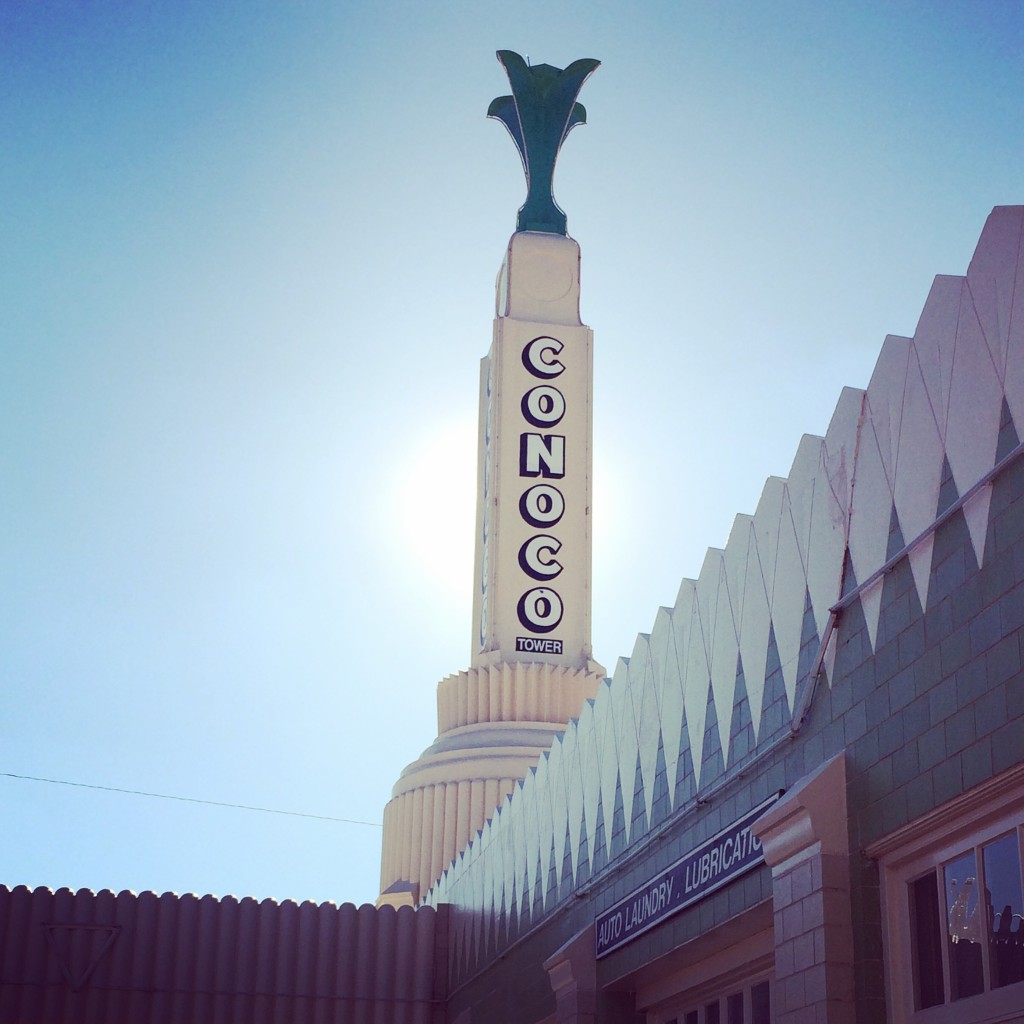 The U-Drop-Inn was a cool piece of art deco architecture. The funny thing was that this vintage building has a charging station for Tesla’s electric cars. Old meets new! 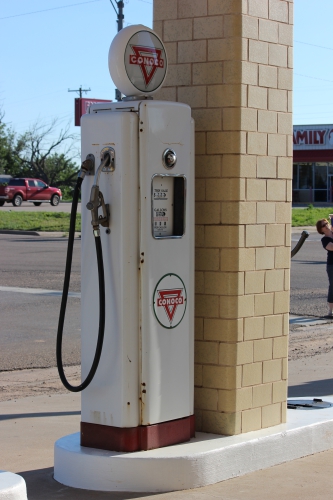 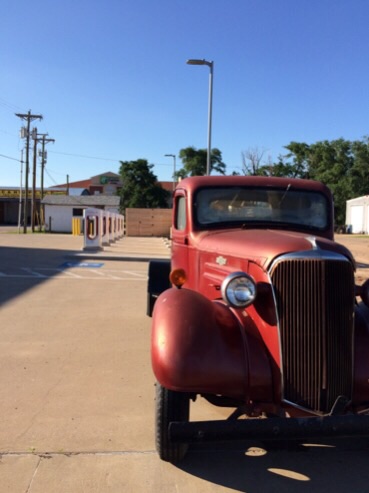 For most of the of the trip, the landscape didn’t seem dramatically different from Missouri, but just before Amarillo, we pulled off at the Gray County Safety Rest Area. Now, I know that rest areas aren’t usually the highlight of anyone’s road trip, but this one had spectacular views. This was the exact moment where we felt we entered a new landscape. Though Missouri is called the Gateway to the West, I think I found the true gateway in Texas. 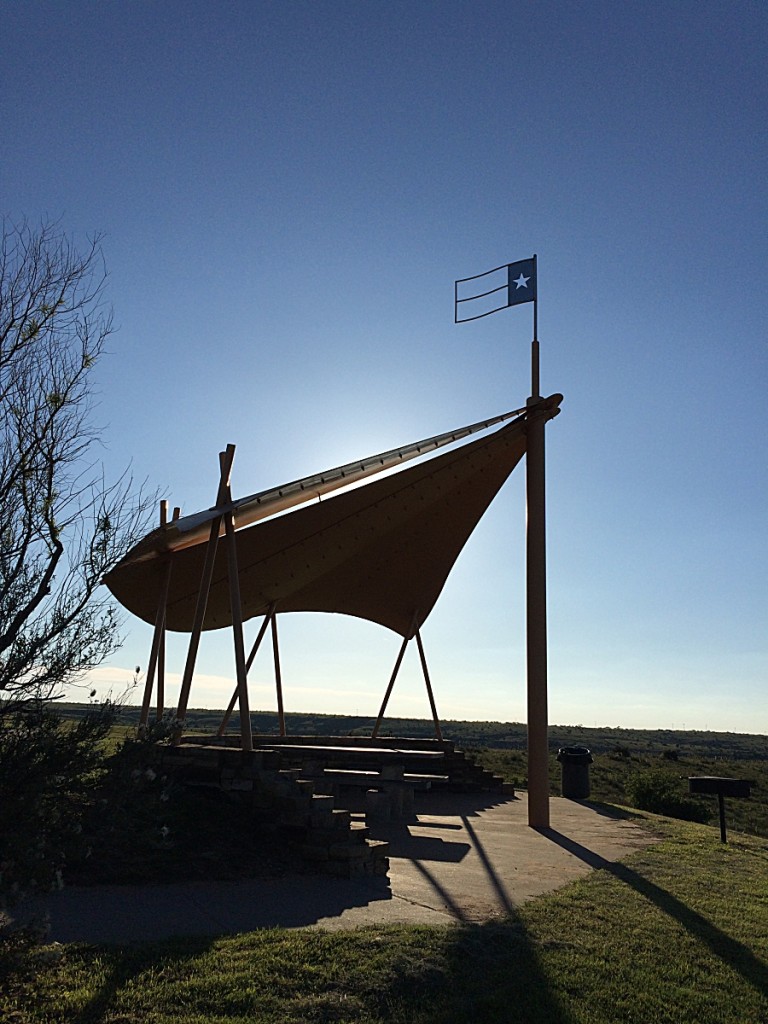 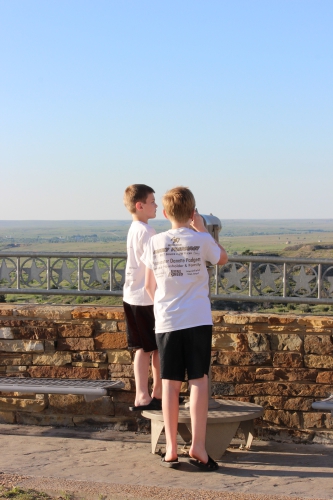 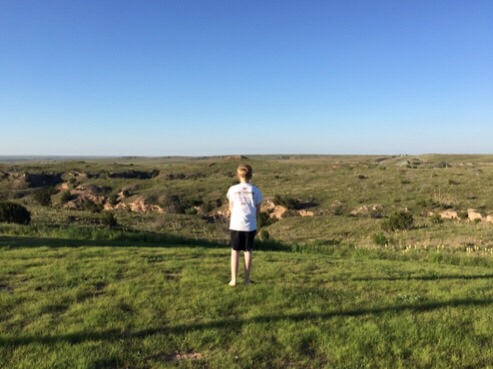 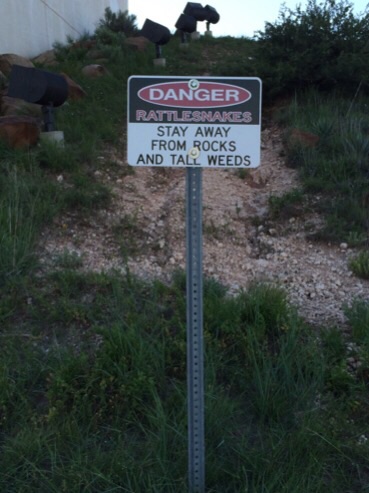 We had a layover for a night at the Amarillo Ranch RV Park in Amarillo, TX. It was a convenient stop off of I-40 and relatively inexpensive ($37 with our Good Sam discount).

The park was very clean and had a cute camp store, with free coffee and donuts in the morning (this made both the boys and mama very happy!). The people working in the park were very friendly. We didn’t stay long enough to enjoy the amenities, unfortunately. I had promised our younger son a night in the pool, but we arrived too late to use it. The indoor pool looked nice, though.

We left Amarillo on Sunday morning, ready to embrace the West. Our next stop would be Santa Fe, New Mexico.

You are making great time! Enjoy!

So far, so good! Thanks!